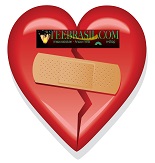 By buying this product you can collect up to 13 loyalty points. Your cart will total 13 points that can be converted into a voucher of BRL 2.60.

Benzoin is a balsamic resin. Normally the trees do not produce it or any substance analogous to it, but the infliction of a wound sufficiently severe to injure the cambium results in the formation of numerous oleoresin ducts in which the secretion is produced, it is, therefore, a pathological product. The trunk of the tree is hacked with an axe, and after a time the liquid Benzoin either accumulates beneath the bark or exudes from the incisions. When it has sufficiently hardened it is collected and exported, either in the form of loose pieces (tears) or in masses packed in oblong boxes or in tins; several varieties are known, but Siam and Sumatra Benzoins are the most important. The incisions are made when the tree is seven years old, and in Sumatra each tree yields about 3 lb. annually for ten or twelve years. The first three years' collections give the finest Benzoin; after that the runnings are known as the 'belly,' and finally the tree is cut down and the resin scraped out, this being termed the 'foot.' Siam Benzoin externally is reddish yellow, internally milky white, has an agreeable odour, recalling vanilla, contains benzoic acid but not cinnamic acid. Sumatra Benzoin is always in blocks of a dull reddish or greyish-brown colour. Fine qualities have a strong storax-like odour, quite distinct from the vanilla odour of the Siamese variety. Sumatra Benzoin contains cinnamic acid.

The chief constituent of Siam Benzoin is benzoic acid (up to 38 per cent.), partly free and partly combined with benzoresinol and siaresinotannol; it also contains vanillin and an oily aromatic liquid. When quite pure it should be entirely soluble in alcohol and yield only traces of ash. Sumatra benzoin contains 18 per cent. or more of benzoic acid and about 20 per cent. of cinnamic acid the latter partly free and partly combined with benzoresinol and sumarisinotannol; it also contains 1 per cent. of vanillin, styrol, styracin, phenyl-prophyl cinnamate and benzaldehyde, all of which combine to produce its characteristic odour.

It is used externally in the form of a tincture, diluted with water as a mild stimulant and antiseptic in irritable conditions of the skin. It acts as a carminative when taken internally is rapidly absorbed, and mildly expectorant diuretic and antiseptic to the urinary passages. In the form of Compound Tincture of Benzoin, it is used as an inhalant with steam in laryngitis and bronchitis. It is a preservative of fats, and is used for that purpose in Adips Benzoatus.